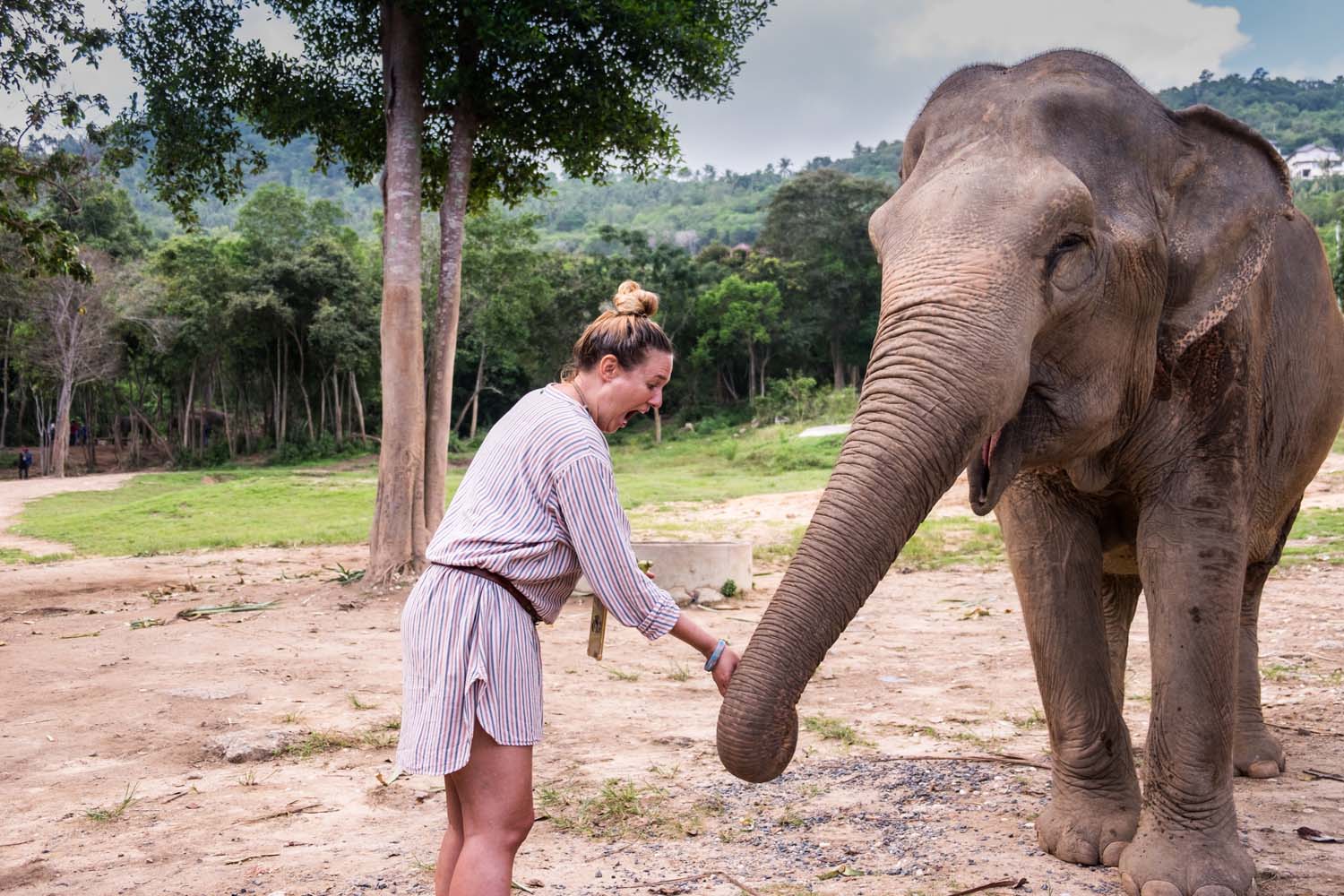 It’s time to address the elephant in the room. And yes, that was lame but after all this blog is called The Midnight Blue Elephant, so I won’t apologize for it and it’s important. It seems that some people still haven’t realized that elephant riding is bad. Even TripAdvisor has come to the conclusion that these businesses shouldn’t be supported. Mind you, they are still allowing reviews and they are often glowing which tells me – some people still don’t know any better.

To keep it simple: while an elephant looks mighty their spines are actually very sensitive. And while they might not be mistreated per se, the act of domesticating an elephant is done to them at a young age and involves a lot of cruelty. I guess one could argue that riding any animal is a bad idea (I personally disagree but that is a story for another day) but fact remains that elephants simply cannot be domesticated without insane amounts of cruelty. There are many videos out there about what baby elephants have to go through and they are horrid – let’s just say they don’t call it breaking the elephant’s spirit for nothing.

Honestly, I thought elephant riding being bad was old news. That was until last year when I read about Nikki Beach in Phuket and their use of baby elephants as entertainment for their guests. I will be the first to admit that places with overpriced sunloungers & drinks with wannabe fancy people on a beach in Phuket were never my ideal idea of a good time, so I was a little prejudiced already, but reading this took the cake. Within hours of posting pictures of the party to their facebook page, they were facing a PR nightmare and only made it worse by having some inapt staff member explain the whole situation as being part of Thai culture.
I sincerely doubt that it was ever a Thai tradition to have a baby elephant be abused for horsey play of drunk rich people, but what bothered me almost more was the excuse of horrid behavior with tradition. Simply put: not all traditions are good traditions and worth conserving. Female circumcision, slavery, and rhino poaching for medicinal reasons could all be considered traditions in some parts of the world, yet we all sort of agree that they should be abolished in this day and age. So to me, the argument about Thai traditions here was moot. Elephant riding is a bad tradition.

Change is coming slowly. Elephants were traditionally used in many Asian countries as working animals in the logging industry and for religious processions. While certain laws have been set in motion that forbid the use of elephants in logging in Thailand, there is no such law yet for elephants in circuses or any other kind of tourist entertainment. Keeping elephants is expensive and needless to say, domesticated elephants cannot simply be reintroduced into the wild – so an elephant will have to earn its keep somehow for its owner.

Mind you, this blog is not called The Midnight Blue Elephant for nothing and I understand the appeal of seeing and interacting with these wonderful animals up close and in person. Still, I vowed to only do it on the elephant’s terms – after all, we directly contribute to change with our tourism dollars.
Luckily more elephant sanctuaries in Thailand have been popping up where people can see and interact with the elephants without them being harmed. Probably the most famous one is the Elephant Nature Park Chiang Mai, a place I have never made it to thanks to a horrible spurt of food poisoning on my one and only Chiang Mai visit a few years ago.

Heading to Chiang Mai? Check out this awesome 5 day itinerary.

Since I spend a lot more time on various Thai islands I was excited to learn about the Samui Elephant Haven, the 2nd elephant sanctuary in Koh Samui and part of the Elephant Nature Park. They only opened a year ago and work on elephant rescue in Thailand. The Haven is home to 14 elephants that have been rescued from logging companies, circuses, and elephant riding attractions. And by rescued I mean bought for a lot of money – as I said, elephants are expensive.

During my recent stay at the Tongsai Bay Hotel, I was invited to meet their inhabitants. The hotel doesn’t endorse any sort of elephant entertainment activities (as in they will not book your tours or tickets!), but they will gladly organize a trip to the Samui Elephant Haven for you.

I was greeted by Somboon, one of the guides at the Haven who told me the most important rule about elephants first: no food no friends. While I am usually hesitant with any kind of animal feeding activity, elephants have to eat 10% of their body weight daily (!) so there is little chance of overfeeding them. Since they have already been domesticated, they cannot be reintroduced into the wild and can, therefore, interact with humans unlike the baby elephants at Udawalawe Elephant Orphanage in Sri Lanka where human contact is minimized.

Read more:
Sri Lanka Safari – Where to See Elephants in the wild.

Still, any interaction here happens on the elephants’ terms – they are simply allowed to indulge in their three favorite things: Eat Nap Play.
Not all elephants can roam the grounds together and instead take turns because not all of them get along. That holds especially true for the bulls when they are in musth, a time once a year when hormones are flying high making them extremely aggressive. While there are no chained elephants at this elephant sanctuary in Koh Samui they do spend part of their day in an enclosure.

I first got to meet Sri Nin, one of the granny elephants. Blind on one eye thanks to an impatient mahout and wrinkled, she is cheeky and greedy for bananas. You might end up full of slobber and don’t even think of leaving while still hiding treats.

Next up we meet Somboon II (according to Somboon my guide, he was first at the Haven and the elephant came second) who is a female elephant and mother to be. While there is no breading allowed at any true elephant sanctuaries, Somboon arrived at the Haven pregnant. Since elephants have tightknit family bonds this means her baby will stay with her after he/she is born.

Afterward, we meet the naughty teenagers of the Haven: Samui (the first-ever elephant to be born on Koh Samui), Drama Queen, and Hyper Princess. They are hanging out with Big Daddy, self-proclaimed boss of the place when granny isn’t around.

While I am getting thoroughly checked for bananas they are kind enough to make me part of the clique even when I run out. Then it is bath time for them. While people can’t do elephant bathing at the Samui Elephant Haven, the elephants have their very own pool and mud ponds to play in – visitors can watch from the restaurant while stuffing their faces with delicious vegetarian Thai food.

Last I get to meet Om and her little son Perm. They are new at the Haven and it was a mission to get them here. After a hard life at an elephant riding camp on the other side of Koh Samui, they were bought in March 2019 but bringing them didn’t go without issues. Om refused to get on the truck fearing separation from her baby so the crew decided to walk them across the island instead. Six hours later they arrived at their new home only to be greeted by a python who snuck into their enclosure at night. An exciting first night for little Perm and a stupid decision for the python who probably read too much Little Prince: a snake cannot swallow an elephant in real life and even a baby elephant is mighty enough to crush a snake.

I leave a bit dirtier than I arrived but very content. Python encounters notwithstanding I just met some very happy elephants. If you are in the area and are looking to visit an elephant sanctuary in Koh Samui, I can highly recommend the Haven. Just make sure to have enough bananas on you because ‘no food no friends’ seems like a sensible rule to choose your acquaintances by!

Samui Elephant Haven offers a morning and an afternoon tour, each 3-hours long which includes transport, lunch, and lots of elephant time. Tours for adults are THB 3,000 and you can book your visit here. 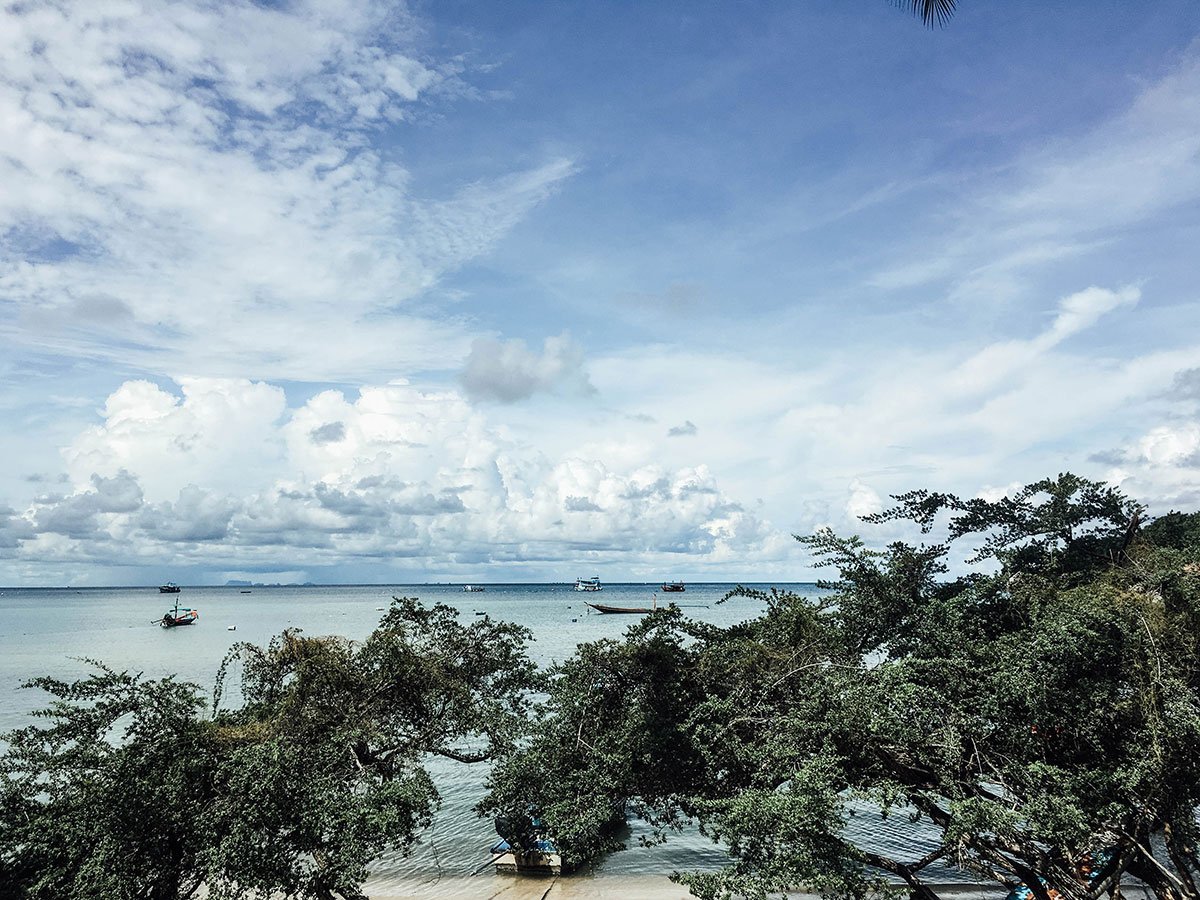 previous post
The Travel Guide to Koh Tao for Mermaids & Foodies.
next post
Hindsight guide for a Sri Lanka Ayurveda Retreat – The good, the bad & the oily. 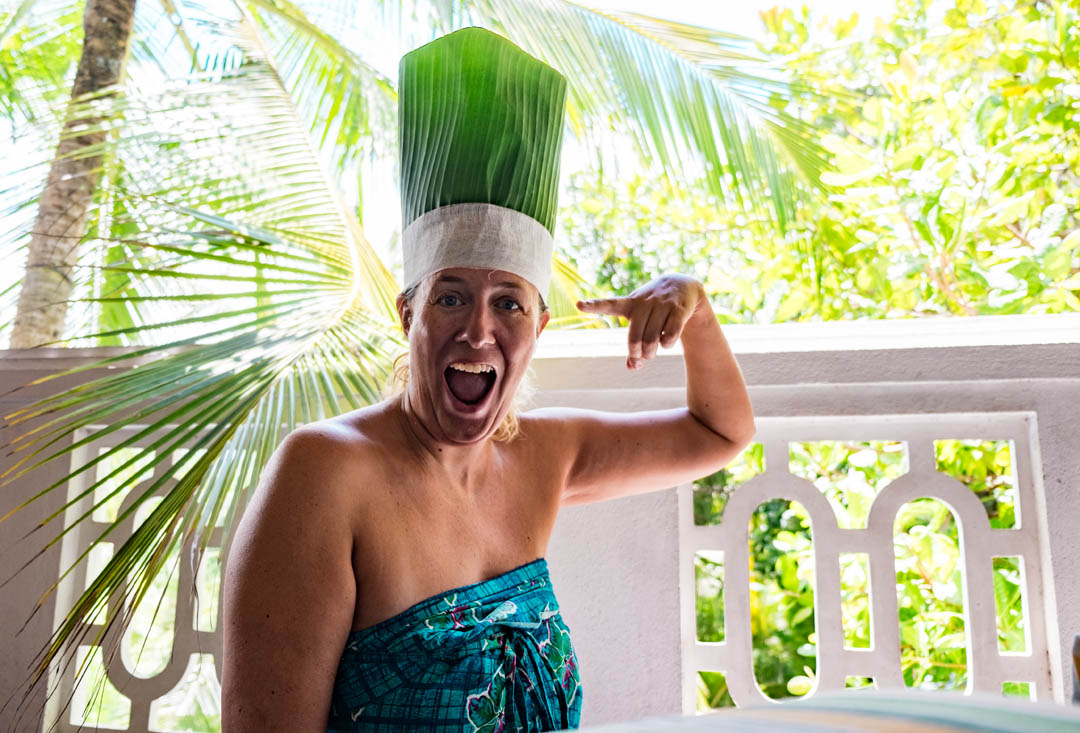 This site uses Akismet to reduce spam. Learn how your comment data is processed.

This website uses cookies so that we can provide you with the best user experience possible. Cookie information is stored in your browser and performs functions such as recognising you when you return to our website and helping our team to understand which sections of the website you find most interesting and useful.

You can adjust all of your cookie settings by navigating the tabs on the left hand side.

Strictly Necessary Cookie should be enabled at all times so that we can save your preferences for cookie settings.

If you disable this cookie, we will not be able to save your preferences. This means that every time you visit this website you will need to enable or disable cookies again.